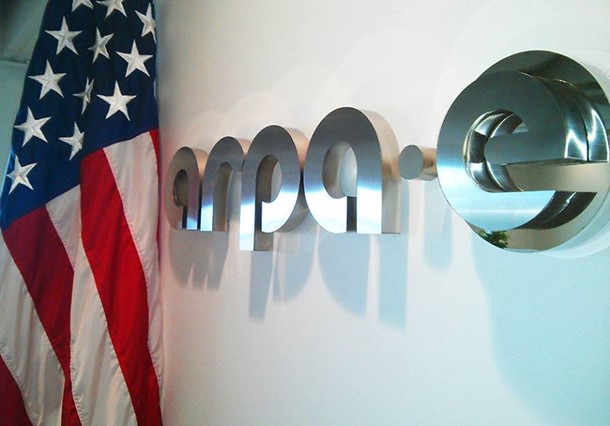 Engineers in the United States and Russia are researching new ways to improve the properties of concrete walls in 3D-printed homes, it has been announced.

At Peter the Great Polytechnic University in St. Petersburg, researchers combined thermal imaging with modeling to identify the ideal configuration for 3D printing walls, capable of high levels of heat retention. The U.S. Department of Energy (DOE), meanwhile, is supporting several similar projects with a $39 million grant, one of which is to see carbon-absorbing soil 3D printed from biomaterials.

“There is enormous untapped potential in the reinvention of building materials and construction techniques as carbon sinks that promote a cleaner atmosphere and advance President Biden’s national climate goals,” said the US Secretary of State. ‘Energy, Jennifer M. Granholm. “This is a unique opportunity for researchers to advance clean energy materials to tackle one of the hardest sectors to decarbonize, responsible for approximately 10% of total annual emissions in the United States. .”

Awarded under the Harnessing Emissions into Structures Taking Inputs from the Atmosphere or ‘HESTIA’ program, the DOE grants are designed to support R&D conducted in technologies capable of overcoming the barriers associated with buildings that store carbon, particularly around expensive buildings/scarce building materials.

According to the DOE itself, most greenhouse gas emissions associated with the construction, renovation, and disposal of buildings are “focused at the beginning of their lifespan.” As such, the identification of new net negative carbon materials and structural designs is considered essential to address increasingly pressing global environmental challenges.

With this in mind, the DOE’s Advanced Research Projects Agency-Energy (ARPA-E) has selected 18 projects to receive a share of its latest round of funding. Of these initiatives, two have now established plans to put 3D printing at the heart of their work, one being conducted at Texas A&M University and the other at the University of Pennsylvania.

In the first case, researchers are developing not only net-carbon building designs, but also a “hempcrete” 3D printing material, consisting of the woody core of the hemp plant mixed with a binder made from lime. Once ready, it is believed that the team’s approach will enable the faster construction of buildings at lower cost, which are more resistant to natural hazards than those constructed from a lightweight timber frame.

At the University of Pennsylvania, on the other hand, engineers are working on a pre-engineered funicular floor designed to be lightweight, but with a maximized surface area for carbon absorption. The structure is expected to be constructed using new carbon-absorbing concrete, along with other bio-based carbon-storage materials, in a method intended to complement wood-based approaches.

Although no date has been set for their conclusion, a full breakdown of the 18 HESTIA projects that have obtained ARPA-E funding has been published via the DOE.

While these US DOE-supported projects are underway, Russian researchers have already made a breakthrough in their efforts to understand the relationship between the geometry and thermal properties of 3D printed walls. According to the St. Petersburg-based team, 3D printing currently “opens up a wide range of possibilities” for architects, but the fire safety of the resulting structures is unclear.

In order to determine the energy efficiency and heat transfer properties of closed 3D-printed structures, engineers therefore simulated the impact of geometry on each of these aspects. To achieve this, the team developed a series of prototype walls, with triangular and rectangular interior designs of different shapes, as well as different materials and levels of rock wool insulation.

Once ready, these specimens were then fitted with sensors and subjected to heat and mass transfer simulations. Following further numerical modeling, the researchers found that the rectangular cavities embedded in their 3D-printed walls were much more effective at stabilizing temperature than their small rectangle-shaped counterparts.

Interestingly, the team also discovered that the heat flow through the aerial parts of their walls was significantly lower than in the solid areas, so via configuration changes alone they were able to increase the heat resistance of the resulting structures.

If their walls were to be deployed in practice as part of a fully realized 3D-printed house, the researchers estimate that this could be powered by as little as 3,026 kW of electricity, less than the 6,312 kW used by the average Russian. That being said, the team’s prototypes had surface irregularities, so they accept that further research is still needed to fully grasp their thermophysical properties.

As construction 3D printing projects are increasingly gaining global attention, a significant amount of research is now devoted to the resilience of the resulting constructions. Last year, researchers from the University of Sri Jayewardenepura and the UK’s University of Northumbria also studied the fire safety of 3D printed walls, finding that wall density is one of the key parameters to avoid fires. incendiary epidemics.

Engineers from Nanyang Technological University, meanwhile, have developed 3D-printed concrete with recycled glass, which contains less natural sand than conventional building materials. With sand becoming increasingly scarce due to urbanization and high levels of infrastructure development, it is believed that the raw material could represent a new ecological solution to this problem.

Elsewhere, on a more commercial level, construction 3D printer maker COBOD has worked with CEMEX to deliver a new type of concrete that “takes shape instantly”. Working together, the companies have already deployed this D.fab adjuvant-enhanced blend to build Angola’s first 3D-printed house.

For a deeper dive into additive manufacturing, you can now subscribe to our Youtube channel, with discussions, debriefs and photos of 3D printing in action.

Are you looking for a job in the additive manufacturing industry? Visit 3D printing works for a selection of roles in the industry.

The featured image shows an ARPA-E logo sign next to the American flag. Photo via ARPA-E.