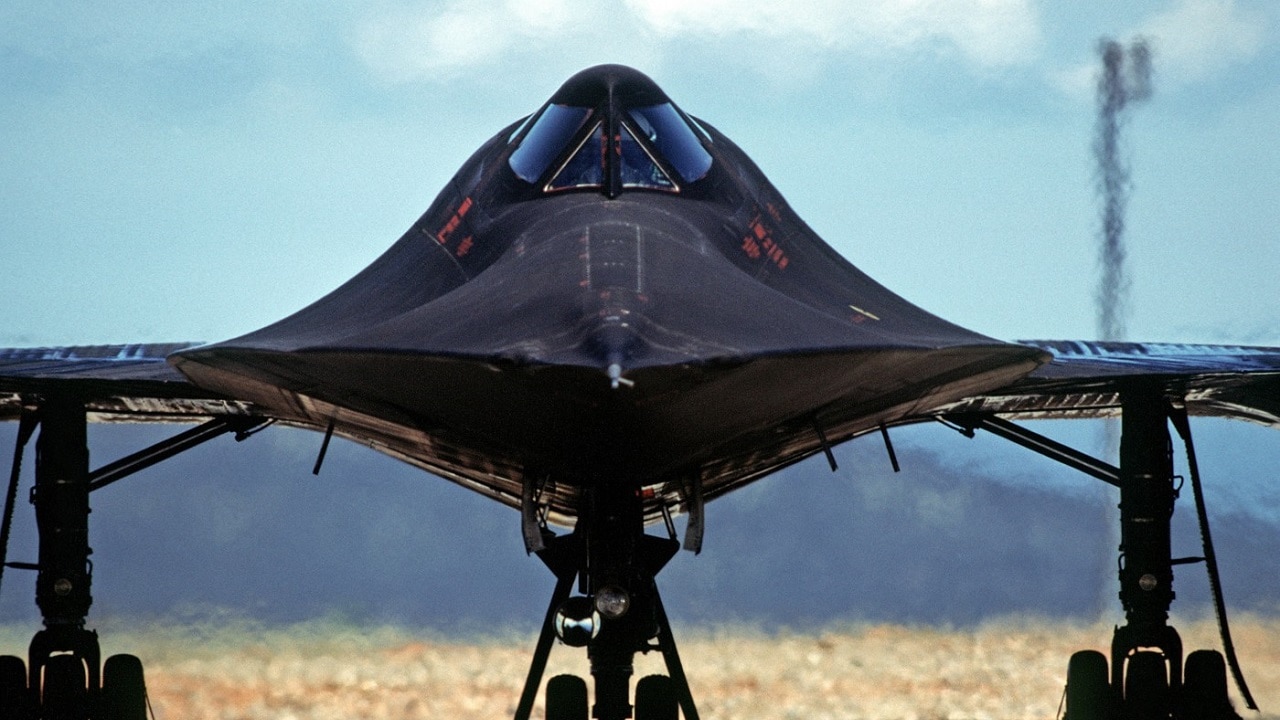 What made the SR-71 special: When the Soviet Union shot down Gary Power’s U-2 high-altitude reconnaissance plane in 1960, the United States recognized the urgent need for a more elusive spy plane. The incident, which underscored the ever-increasing sophistication of Soviet air defenses, inspired American weapons developers to create a reconnaissance airframe capable of penetrating Soviet airspace undetected or shot down.

The solution, introduced in 1966, was the fastest aircraft ever Fly: the stealthy SR-71 “Blackbird”.

Lockheed developed SR-71 in secret at Skunk Works, their advanced development programs division. The spy plane, which cost up to $200,000 an hour to operate, relied on speed, altitude and stealth to perform the deep-penetrating reconnaissance missions needed to monitor nuclear and military progress Soviets.

To achieve the record-breaking performance envelope of the SR-71, new technologies and procedures had to be developed.

Perhaps the most notable feature of the SR-71 is its speed.

Designed to operate at Mach 3.2, the “Blackbird” could simply outrun surface-to-air missiles (SAMs). So if a SAM was launched on an SR-71, the pilot could simply throttle forward, accelerate, and leave the SAM behind.

To travel at three times the speed of sound, the SR-71 relied on two Pratt & Whitney J-58 axial-flow turbojet engines. Each J-58 generated a jaw-dropping 32,000 pounds of thrust in afterburner mode. To put the J-58’s thrust into perspective, consider that the Redstone rocket, which spear Mercury capsules in orbit had a thrust of 78,000 pounds.

Initially, Pratt & Whitney struggled to create an engine with metallurgical properties capable of operating at the speed and resultant temperatures required by the SR-71. During development, the original impellers, made from conventionally cast nickel-base alloys, continued to crack due to thermal fatigue. To prevent turbines from cracking at high temperatures, Pratt & Whitney developed the monocrystalline turbine blade– a technological breakthrough capable of withstanding the searing heat required to propel the SR-71 to over 2,000 miles per hour.

Despite innovations in heat resistance, engine temperature remained the limiting factor in the SR-71’s top speed. The “Blackbird” cell could have gone faster. But Pratt & Whitney refused to guarantee or guarantee the operation of the J-58 in temperatures above 800 degrees Fahrenheit. Pratt & Whitney warned SR-71 pilots: above 800 degrees, all bets are off; “the motor could come off or you could lose the turbine blades.”

The SR-71 was not just a sprinter. Remarkably, the “Blackbird” could sustain Mach 3 flight continuously, for over an hour at a time. Maintaining a speed of 2,000 miles per hour, for an hour at a time, caused the surface of SR-71 to reach temperatures exceeding 600 degrees Fahrenheit. Conventional airframe materials were not capable of operating at such high temperatures, so the SR-71 was constructed primarily from titanium. Now the United States did not have access to the rutile ore needed to make a titanium airframe. Curiously, most of the world’s supply of rutile ore was in the Soviet Union. Obtaining the ore required a bit of cunning. The United States worked through Third World countries and the “false operationsto trick the Soviets into supplying them with the rutile ore – a Cold War coup.

In addition to record speed, the SR-71 achieved record altitude. Capable of sustained level flight at 85,000 feet, no airframe has ever flown higher. Between speed and altitude, the SR-71 was virtually untouchable. The Soviets’ fastest interceptor, the MiG-25, was unable to catch or reach the SR-71. That is, assuming the Soviets detected the “Blackbird” in the first place.

The SR-71 performed admirably over three decades of service with the CIA, USAF and NASA. The plane was a technological marvel, introduced well ahead of its time. But as the 21st century approached, military planners decided to decommission the spy plane.

While the SR-71 was never shot down in thirty years of service, Russian surface-to-air missile technology was advancing to the point where experts feared the SR-71 was vulnerable. The S-300 missile defense system had mostly experts concerned about the safety of the “Blackbird” crews. Equally worrying was the new MiG-31. However, interception was not the only concern.

In light of the post-Cold War 1990s, the remarkable cost required to operate a fleet of SR-71s was beginning to seem untenable. Air Force Secretary Edward C. Aldridge Jr. once estimated that the money used to operate the SR-71 fleet could operate and maintain two wings of tactical fighters. That’s nearly 50 planes. One of the reasons the SR-71 was so expensive to operate was that it required so much specialized equipment and maintenance.

To illustrate the point: the SR-71 required a specialized fuel, known as JP-7. JP-7 fuel was customcreated for the SR-71 with an ultra-low flashpoint, meaning it would not explode when exposed to the extreme heat and pressure created during normal flight operations of an SR- 71. The JP-7 was so stable that you could drop a lit match into a tank and the match would go out rather than explode. But because JP-7 was so stable, a specialized engine ignition system was created, using triethylborane chemicals to cause an explosion sufficient to ignite JP-7 and start the Pratt & Whitney engines. Fuel even required a specialized tanker for aerial refueling, the KC-135 “Q” variant.

Clearly, the costs of maintaining so much specialized equipment have piled up. And by the 1990s, the United States had surveillance satellites and unmanned aerial vehicles fully capable of handling the SR-71’s mission profile, making the SR-71 a forgiving redundancy. In 1998, the “Blackbird” was retired.

Although the spy plane has been out of service for nearly a quarter of a century, it remains unrivaled in terms of speed, altitude, ingenuity and ability to capture public interest.

Harrison Kass was born in New York and raised in Newtown, Connecticut. He has since lived in ten US states, as well as New Zealand. Kass is currently pursuing a master’s degree in journalism and international relations at NYU. Harrison is a lawyer, pilot, guitarist and professional hockey player. His five best films are: The Natural, Hook, Top Gun, ET and Field of Dreams. He regularly listens to Dokken.