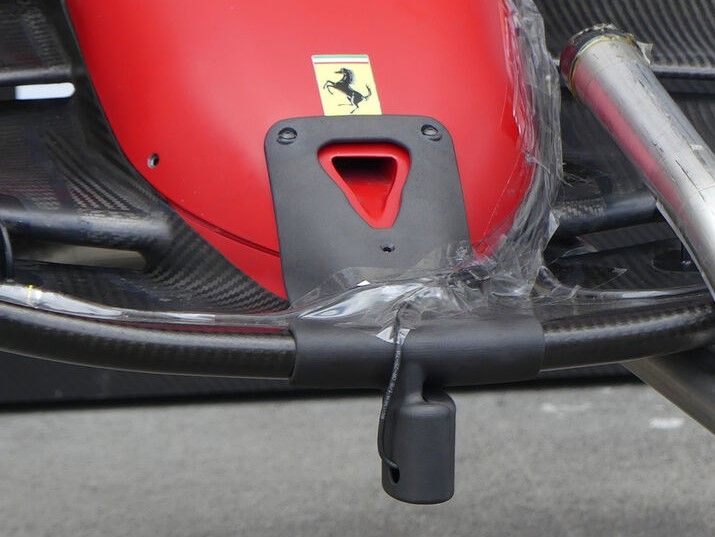 Formula 1’s most successful team, Scuderia Ferrari, has turned to 3D printing in a bid to improve the aerodynamic performance of its challenger for this year’s world title.

Earlier this season, during testing for the 2022 Australian Grand Prix, the Italian team deployed 3D-printed sensor mounts aboard its F1-75 race cars. According to Andrew Cunningham, the eagle-eyed General Motors (GM) engineer who spotted the parts, they likely would have been used to hold electronics in place, needed to assess the effectiveness of a new setup. front wing.

“These 3D-printed sensor mounts were fitted to the Scuderia Ferrari F1-75 during the Formula 1 Australian Grand Prix practice session on Friday,” Cunningham explained via a Linkedin post. “The Scuderia tested a new front wing this weekend and probably wanted to measure the height of the inner and outer front wing in pitch, roll and heave via laser ride height sensors.”

Having raced in Formula 1 since 1950, winning fifteen world drivers’ titles and sixteen constructors’ championships, Ferrari naturally remains one of the greatest brands in the automotive world. However, while the Italian automaker’s race and road cars tend to be shrouded in glitz, glamor and prestige, its additive manufacturing activities have tended to fly under the radar in recent years.

In 2017, it was revealed that the Scuderia Ferrari Formula 1 team had started using 3D printing to develop pistons for an updated engine design it planned to introduce this season. At the time, additive manufacturing of alloy steel parts was said to give them greater strength and heat resistance than before, while opening up opportunities for weight savings through geometric optimization.

While it’s impossible to say how intrinsic and effective Ferrari’s adoption of technology was that season, it rose to second place in the constructors’ championship that year, the team only finishing behind the all-conquering Mercedes M08.

Elsewhere, far from the automaker’s core business, enthusiasts have also already used additive manufacturing in the restoration of some of its classic vehicles. As early as 2016, 3D printing was used to “RestoModify” a 1987 Ferrari 328 GTS into a Ferrari 288 GTO, while combining the technology with scanning, Redesign Sports Ltd even managed to reverse engineer a Ferrari 225.

Seeking an advantage for the F1 title

While Scuderia Ferrari topped the Drivers’ and Constructors’ Championships when they first arrived in Australia, they have since relinquished top spot in both of those championships, reflecting the importance of R&D to the team’s fortunes this season. . The Scuderia’s most recent 3D printing app has been unearthed by the detective work of Andrew Cunningham, an additive manufacturing product development engineer at GM.

Cunningham says the sensor mounts on display this weekend were likely made from unfilled or fiber-filled nylon, printed via selective laser sintering (SLS) or multi-jet fusion (MJF). Although he added that it might “raise a few eyebrows”, he explained how the technologies’ “stiffness, impact resistance and cost” make them ideal for producing a way to hold the sensors in place.

“Whenever I see parts like this made with AM, I think of the amount of labor and time saved by not having to make them via another method such as composite layers or machining” , he added. “Wiring securing tape is not just a household type, but an advanced aircraft protective tape that provides high stretch, smooth surface finish, and no residue at a high cost of ≈$1/ft. “

Scuderia Ferrari’s sensor mounts follow a ChronoGP report from March, which suggested the team had started 3D-printing cylinder block elements from this year’s car’s engine. Specifically, taking advantage of a form of Selective Laser Melting (SLM), the team would have incorporated cooling channels into redesigned piston heads, so as to improve the engine’s top-end mileage.

On the road car side, Ferrari has also stepped up its adoption of additive manufacturing recently, using it to optimize the performance of the new SP48 Unica. The unique supercar has not only been prototyped using technology, but it also features unique grilles on its front entrances, which have been 3D printed in a mosaic pattern.

Given the rapid iteration required for Formula 1 teams, it’s no surprise that 3D printing is widely adopted on the starting grid, even if the sport’s high level of competition means they don’t. not always disclose. Earlier this month, in an interview with 3D Printing Industry, Pat Warner revealed that up to 70% of Alpine’s F1 body is prototyped via 3D printing.

The Williams Racing team has also been using Nexa3D’s NXE400 system since the start of the 2021 season to 3D print polymer motorsport parts. Like Alpine, the team leverages technology to manufacture functional wind tunnel components, in a way designed to help it better understand the aerodynamic properties of its racing cars.

On the other hand, fewer teams have made the leap to metallic 3D printing of end-use parts for their cars, despite Scalmalloy being approved for Formula 1 applications two years ago. One team that has made strides in this area is Alfa Romeo F1 Team ORLEN, whose 2021 “C41” car featured 304 3D printed parts, and the 2022 challenger would incorporate unique structural metal 3D printed Formula 1 components.

For a deeper dive into additive manufacturing, you can now subscribe to our Youtube channel, with discussions, debriefs and photos of 3D printing in action.

Are you looking for a job in the additive manufacturing industry? Visit 3D printing works for a selection of roles in the industry.