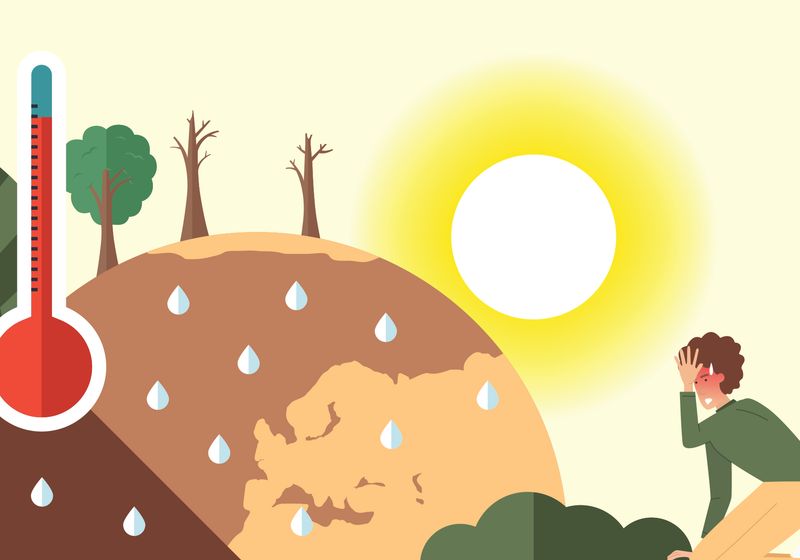 Opinion: Climate change is dangerous for your health | Summary TS

OWhile governments and business communities around the world have focused on preventing health systems and economies from collapsing in the face of the COVID-19 pandemic, they have mostly ignored another health concern. imminent: the effects of climate change.

In the United States and elsewhere, climate change is not completely ignored, but governments and the media have primarily focused on the issue as it relates to worsening natural disasters, such as hurricanes, wildfires , floods, drought and extreme temperatures. Researchers and regulators have identified the main emitters of greenhouse gases – not only the use of fossil fuels, but also industrial agriculture, which currently produces around 18% of global greenhouse gas emissions – and have identified solutions to reduce these emissions. But what lacks proper scientific and policy attention worldwide are the adverse effects of climate change on public health.

The World Health Organization (WHO) and the US Centers for Disease Control (CDC) have released publications that list many health issues related to climate change and predict the magnitude of mortality it will cause. The WHO expects there to be around 250,000 additional climate-related deaths per year worldwide between 2030 and 2050, attributable to malnutrition, malaria, diarrhea and heat stress. To address this looming health crisis, there must be a coordinated effort among governments, nongovernmental organizations (NGOs), and other entities committed to protecting the health of the world’s population. But such mobilization will require broad public awareness and prioritization of the threat.

Some of the health problems caused by climate change are obvious: air pollution can promote the spread of fungal pathogens, decrease cognitive and lung function, exacerbate asthma and increase the risk of cancer. Extreme temperatures can fuel heat stroke, and prolonged excessive heat can worsen cardiovascular, respiratory and kidney disorders. And when rainfall fluctuates wildly, waterborne illnesses, mold contamination, and respiratory infections such as pneumonia can all become more common. A warming climate can also fuel the geographic expansion of mosquitoes, ticks and other disease vectors, which can spread a range of debilitating illnesses from Lyme disease and West Nile virus to chikungunya and Chagas. Images of drought or disaster-stricken areas often show residents suffering from food shortages, malnutrition and displacement. What is not captured by the poignant photographs are these more diffuse processes set in motion by climate change.

Even less obvious are the plethora of mental health and stress-related issues that are linked to climate change. Natural disasters are associated with increased anxiety and post-traumatic stress, increased suicide rates, hospitalizations for dementia, and even increased rates of schizophrenia. Maternal and child health is not spared: such disasters can lead to premature births, low birth weight and other complications.

The impact of climate change on global health and on global economies cannot be relegated to scientific echo chambers.

While many medical professionals have called for greater attention to the looming climate health crisis, there are few action plans to deal with it. The lack of concerted research and high-priority government policies hampers an effective response. The current pandemic is wasting the opportunity to draw public attention to this impending longer-term emergency. The WHO has estimated that simply meeting the air pollution reduction targets of the Paris Agreement, which was signed and entered into force in 2016, could save an estimated one million lives a year in the world. world by 2050. An editorial published in September 2021 in more than 200 medical and health journals around the world said that a 1.5 degree Celsius increase in global temperatures is the greatest threat to global public health . UK healthcare professionals issued a similar call for action in February 2022 in a letter to the Prime Minister.

The appropriate response to these new alarm bells should be well-designed policies that focus specifically on the health effects of climate change. The current lack of governmental focus on the health dimension of the climate problem not only endangers the general population, but also insufficiently prepares doctors to point out these dangers to their patients. For example, research has shown that pregnant women are particularly vulnerable to heat waves. Warming events increase the likelihood of mothers giving birth prematurely, having a stillbirth, or giving birth to a low birth weight child. Risks to the elderly and babies from an impending heat wave usually grab the headlines, but pregnant women aren’t told that an extra 10°F increases the risk of preterm labor by more than 8 %. These climate-sensitive health risks disproportionately affect disadvantaged populations and vulnerable people, including children, people with underlying health conditions, ethnic minorities and displaced people fleeing combat zones.

There must be a clear call to confront the health problems caused by climate change. The COVID-19 pandemic has demonstrated the need for governments, NGOs, businesses and other entities to collaborate on health issues that challenge the entire planet. Mere publications by health organizations and professionals in prestigious journals have not been enough to alert people to the insidious dangers of climate change. For starters, the UN General Assembly, which has acted on other emerging global health issues such as antimicrobial resistance, should take immediate action by challenging member states to address health hazards. public caused by their inaction in the face of climate change. The United Nations’ Intergovernmental Panel on Climate Change released a major report in late February, and a chapter details climate-related dangers to human health and well-being. The IPCC’s insights and recommendations for coordinating efforts to address these issues can help focus policy and regulatory attention on this emergency.

When COVID-19 was declared a pandemic, global cooperation, although not always ideal and effective, materialized. A unique partnership has been mobilized between international health organizations, eminent scientists and research institutions. This resulted in the Access to COVID-19 Tools (ACT) Accelerator. Its objective was to bring together expertise from around the world to invent, build and share solutions to the pandemic. A similar approach can be deployed to address the health effects of climate change. Organizations such as the WHO, the US Food and Drug Administration (FDA), the CDC, and similar bodies in other countries should set up a joint task force to establish a coordinated response to health issues. related to climate.

Every hurricane, tsunami and wildfire generates a tally of immediate lives lost and economic damage suffered. But rarely, if ever, does an estimate of the public health cost emerge from such tragedies. According to a May 2021 report by several organizations focused on global warming, climate-related health care costs in the United States alone are already estimated at $820 billion per year. And that risks being too conservative, given the difficulty of estimating these expenses. In fact, the U.S. Environmental Protection Agency (EPA) and other federal science agencies follow public health guidelines. effects of climate change, but there is currently no such agency that calculates public health costs. One can only imagine the magnitude of the problem on a global scale. Therefore, it behooves an international organization to start tracking the global cost of failing to take into account the impact of climate change on health. If the human cost is too diffuse and diverse to grasp, the dollar and cent data should help get the world’s attention.

The impact of climate change on global health and on global economies cannot be relegated to scientific echo chambers. The public must demand that their governments come together to support sustained prioritization and funding for this health emergency.

Mark Kessel is President of FIND (Foundation for Innovative New Diagnostics), in Geneva, Switzerland. Rick Elbaum is a New York lawyer and holds an LLM in environmental and energy law from NYU Law School.