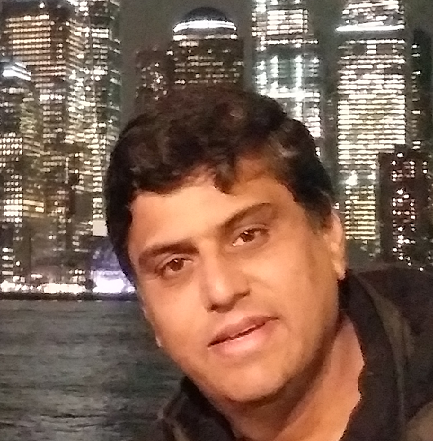 Many people feel a lot about climate change: they are anxious, worried, frustrated, concerned, devastated, overwhelmed, angry, desperate, horrified, scared, heartbroken and frightened. Psychologists believe that simply having these negative emotions won’t accomplish much. If people don’t know what to do with these emotions, it can cause them to withdraw, freeze, give up rather than act on an individual level. Climate change is already a growing threat to people’s mental well-being. Extreme weather events like wildfires and hurricanes can lead to depression, anxiety and post-traumatic stress disorder in people of all ages, sometimes causing displacement and food insecurity. Research also indicates that higher temperatures are associated with an increased risk of suicide and mental health-related hospitalizations. Many people also experience climate anxiety or existential fear about the future of the planet.

It is not uncommon to have very powerful emotional reactions to this crisis. Those experiencing extreme emotions could benefit from counseling or other mental health treatment, as well as some reassurance that they don’t have to have all the answers. Psychologists and other influencers need to remind people that this is a systemic issue. People struggling with climate anxiety may feel personally responsible for saving the world. In addition to anxiety, many people, especially young adults, experience anger because they inherited a problem they did not create. This can lead to extreme reactions like what few activists have done to the European art museum by damaging art classics. Experts need to channel this anger into more constructive anger, because anger can be very powerful in motivating people to get involved. This is more helpful than the passivity that can result from anxiety.

Many parents these days worry about how to navigate these complex conversations with children on this topic. Psychologists advise not to lie to a child, because he will find out, and it will undermine his confidence. We should keep their emotional needs in mind. We shouldn’t tell them the world is going to end. As a society, we need to provide a support system for children who directly or indirectly receive climate change messages. Children need outlets. We need to identify ways to promote advocacy from an early age. UNICEF suggests talking about things the whole family can do together, like recycling, reducing food waste, saving water and planting trees or even raising awareness through social events, plays, musicals, debates, etc.

On the contrary, there are few people who refuse to acknowledge the existence of what we know and fear as climate change despite the fact that there is solid scientific evidence that the man-made climate crisis is real. This is called climate denial. Some people strangely believe that hurricanes, droughts and scorching heat waves are not signs of a climate crisis. Few express doubts or show fierce resistance to doing something or even talking about it. While many people understand that something is going on but are reluctant to act. Psychologists attribute the reason for this denial to an emotional avoidance action of confronting harsh reality and the desire to believe in an appropriate outcome. In other cases, some people may be in the oil and gas industry or drive large vehicles and do not want to believe or replace their large cars with electric cars.

How to confront someone with climate denial syndrome, First, speak their language and discuss climate issues that have a direct negative impact on the person who cares. Second, we can be mindful of avoiding the us versus them mentality and aim to make conversations inclusive. Misinformation should also be avoided. We need to learn skills in researching and evaluating scientific claims and be aware that people see content based on algorithms. We need to help people fight their biases with correct data rather than doctored feeds.

Then there are a few points to help hold people accountable, as psychologists suggest. We must follow them, because the climate crisis can sometimes seem like a distant threat, which we can face tomorrow. But recent climate disasters and heat waves suggest otherwise. We need to connect with young people, as they are the most affected segment of the population. People who have a connection to a young person are more likely to care about the climate crisis and be willing to take action against it. This will galvanize more action and raise the stakes for all of us. We need to be positive and do whatever it takes to be hopeful. Many people find such meaning when they are part of a community, so it is important to seek out others who join a community, such as a local group; can also help you feel like you’re dealing with the problem, which is the kind of motivation many people need to keep going. We need to take bold actions or types of actions that have ripple effects, like using solar energy and planting trees. We have to get out of our comfort zone.

Many of us are individually affected by climate change. In India we have seen floods, heat, cold spells, drought and cyclones. Monsoons have changed patterns: for example, imagine rains during Diwali! The agrarian economy is deeply affected, creating human problems such as farmer suicides and water shortages. Weather conditions have impacted the human spirit on a global scale. Collectively, we must be emotionally strong to face this crisis together. The battle begins inside everyone’s mind. And we need experts in the field to help us.

The opinions expressed above are those of the author.