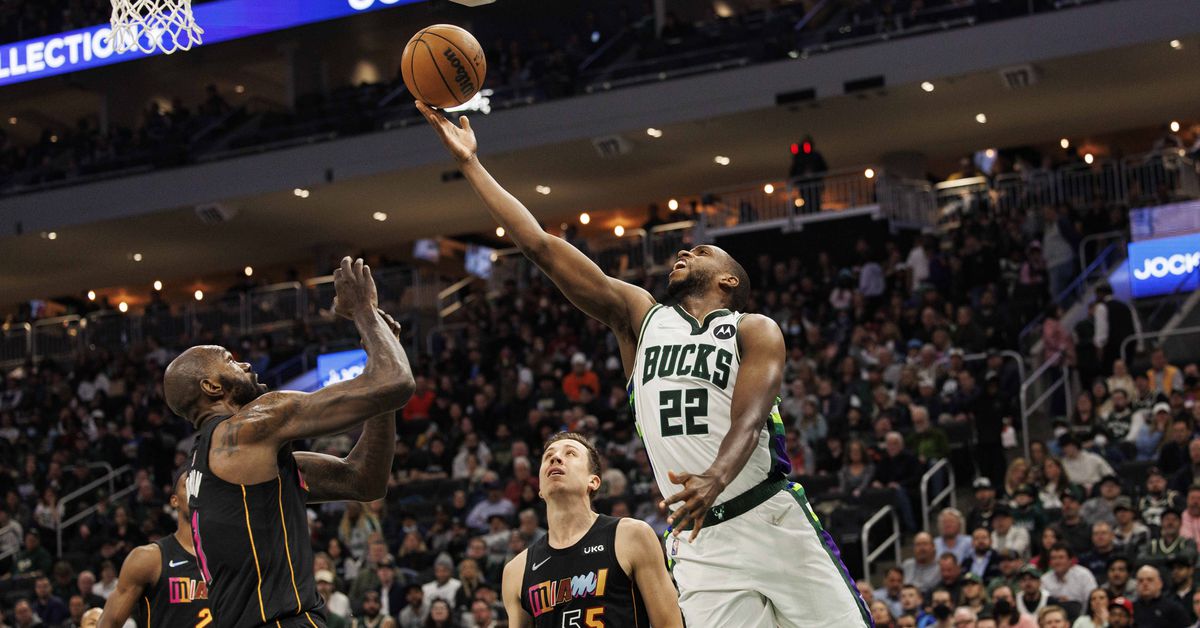 And so we came to another weekly recap, one day postponed, but I got food poisoning from that horrible loss to the Brooklyn Nets last Saturday and I couldn’t catch up on that Milwaukee Game collection Bucks until a little late. However, we are here now, and that is all that matters. Plus, Morgan’s play yesterday deserved all the shine. Either way, it was worth posting this post in the wake of the Miami Heat’s resounding victory last night. Maybe the start of galvanizing us all for the stretch run? Hope, and summarize.

The week that was

The Nets game looked like a collective shrug off the Bucks list in the second half of this contest. An eminently winnable Saturday night that turned into an ‘obviously we’re going to lose’ and summed up much of the frustration we’ve seen so far. Luckily, the team came together for a Charlotte team that often gave them tantrums and looked ready to bomb once again soon. After a second quarter of 44 points, too bad for that. Besting Miami was as sweet as it gets and hopefully a step in the right direction for this team to get their closing mojo back.

Khris Middleton this, Khris Middleton that. Without a doubt, the second Bucks All-Star is undeniably the most watched night to night among the three Bucks. I can’t say it’s unwarranted all the time, although his playoff performances last year, while not always hyper efficient, were more than enough to give him enough breathing room to My opinion. Add to that one of the busiest calendar years in basketball history for a superstar, and there was likely to be a bit of shrinkage in his stat lines this season.

I’m on record as not fully understanding his All-Star selection this season, indeed I wish he had just had the week to rest with his family. Although that lovely moment between Middleton’s kid and Giannis’ All-Star kid might have been worth it. New dad digression aside, I think it’s worth delving into what kind of player Middleton has been this year compared to his past.

First and foremost, his shot fell in love. He’s still a positive shooter from almost anywhere on the court, but he’s back to numbers from a few seasons ago. The gray-bottomed sections in the graph below, courtesy of Cleaning The Glass, indicate his playoff shooting stats.

His companion shot, the long mid-range, still fires at sufficiently accurate capacity, and has even ticked off a spell in recent weeks. It’s a good sign for the Playoffs given that I expect Milwaukee to still need a sufficient amount of possessions where Khris has to bail them out with a sweater. Although his 3-point percentage is down, the biggest change between this year and the past is simply that he’s taking more 3-pointers than ever in his career. They make up 41% of his shot selection, up from 33% last year and even more than the 40% mark he set in his first year of tussling with Mike Budenholzer.

It’s possible his 3-point percentage will stay around 36%, but I think he’s capable of sneaking a little higher still in hopes of a superior shot in the playoffs (haha). But, we’ve asked Khris to shoot more than threes for most of his career. Well, it is, it just so happens to be missing a bit more than usual. Overall, I would say this is a positive development.

Another oft-cited point of frustration with Middleton was his turnovers, his carelessness with the ball. Now this is a valid criticism, with a career-high 13.7% turnover rate, ranked in the 18th percentile among forwards. He’s probably being asked to do more ballhandling than most of the “forwarders” in Cleaning The Glass’s database, and his usage rate is, say it with me, a career high. Turnover counts as usage, so that could be part of it, but the other element of that increased usage has been positive for Khris this year.

Riley mentioned it on this week’s podcast, but anecdotally, it certainly sounds like Middleton has become a griftking this year. The good news: it works! In just 51 games this season, Middleton has already made as many free throws as he has made in 68 games in 2020-21 (236). He shot fouls on 10.1% of his attempts (61st percentile) and up from 8.2% last year. I don’t like to rely on jump shot fouls, especially coming into the playoffs, but Khris seemed to avoid the draw regression that initially plagued some Hall of Fame artists early in the season. Either way, for a player whose diet relies heavily on the midrange, the addition of another efficient way to craft points was a pleasant surprise.

He offers little defensive resistance, which is obviously worth watching come playoff time. He was never good at staying ahead of guards, and Booker in particular, I remember being able to roast him from the dribble, but he was always capable enough as a switch to use his length as a deterrent and stay ahead most positions. in addition to the scoot-scoot guards. Other small parts of his game just haven’t come across as sharp either. He returns it on 21.7% of his pick-and-rolls, which matches my memories of lost dribbles and pocket passes bouncing off the feet. He’s shooting just 33% on three pull-ups this season after 40% last year.

For a player without incredible athletic gifts and who is much closer to top 30/40 than top 10, sharp edge sanding means more. There’s less to work with, and in the context of a season in the afterglow of a championship but steeped in “meh” results, a lackluster game for Khris seems more pronounced. The hope is that he will be back in shape by April.

Game of the week

We can’t ignore the bodacious display of blocking Giannis had on the pitch against Charlotte, so we’ve pasted that below. I pushed the throttle harder on the highs than I normally would, but such is life. Here’s what stood out.

The bouldering on Miles Bridges at the start of the first may have been more impressive, but the two-way nature of this piece was worth displaying for me. The speed at which he identifies Bembry will be wide open as three Hornets buzz his way is stellar, you can see him basically recognize him mid-court. It only takes two dribbles for the magic to work.

It’s one of those possessions where you feel emboldened, the Bucks didn’t settle for a pull-up. Holiday’s initial attempt to drive past Cody Martin in a wide lane is blocked, so he dribbled and reset. Middleton fights his way to the middle position, acknowledging his mismatch against Montrezl Harrell. Holiday transfers the ball to Ibaka, who quickly takes the ball out of his hands to Khris Middleton on the left arc. Wisely, he lets Portis through who stays in motion wrapping around Ibaka allowing Khris to take his place outside the arc.

Deftly, Holiday recognizes the confusing group and large bodies that Ibaka and Portis have provoked to obstruct the top of the lane. He drives a straight to the hoop as his man Martin tries to catch up and Middleton reads him perfectly with a rebound pass on the point. If it wasn’t a foul, it’s a layup. Nice job no settling.

Khris got one for Bobby earlier in the week, but it’s credit to Middleton for the initial sweep and collection that turned into something so perfect. Assisting Holiday on the double, he recovers from a return shot from Vincent and while falling forward makes a two-handed touch pass that lands almost precisely within Allen’s range of motion as the call of Bud’s four greens from the bench turns into a delicious slam in front of Bam and Butler. Thanks to Grayson for avoiding the sweep and throwing it away too.

Winner of the game

A point guard bullies a backup point guard like a little brother. What more can be said here, besides Holiday reigns as king of the game-winning runner “don’t call a timeout”.

We have come to the end of another recap. Thanks, as always, for reading and voting for your game of the week below!