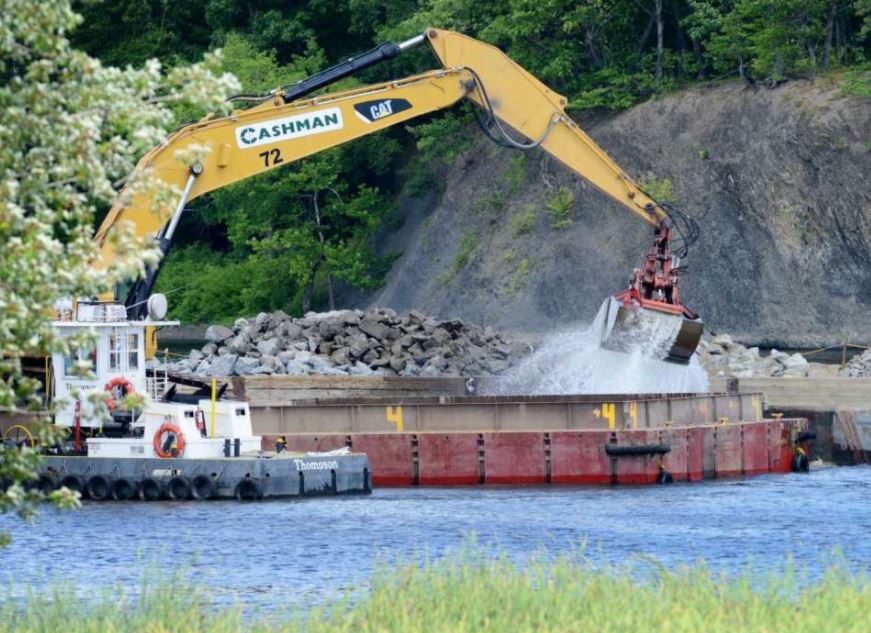 GE damage to Hudson valued at $11.4 billion by environmental group

A local environmental group estimated that General Electric damaged the Hudson to the tune of $11.4 billion by dumping carcinogenic PCBs into the river from the 1940s to the 1970s.

The report, commissioned by Scenic Hudson, attempts to document how PCBs have damaged wildlife, recreational fishing and drinking water along the river and comes as state and federal administrators negotiate a settlement with GE regarding damage to the Hudson.

Called the Natural Resource Damage Assessment (NRDA), the figure is part of the federal government’s attempt to collect from GE damage to the Hudson, a public resource.

The report puts the damage to drinking water at $1.4 billion; damage to recreational fishing at $2.4 billion; and wildlife damage at nearly $6.4 billion, among other costs, under the $11.4 billion figure.

The figure is higher than the NRDA for the Deepwater Horizon disaster, to which Scenic Hudson’s director of environmental advocacy and legal affairs, Hayley Carlock, compared GE pollution on Tuesday. While oil from the 2010 Deepwater spill had either been cleaned up or dissipated, PCBs were still damaging Hudson’s ecosystem decades after it ceased, Carlock said.

The NRDA for the Hudson River is separate from the EPA-mandated dredging of the upper Hudson by GE. The EPA issued a certificate of completion for the project in April 2019, but this was challenged by New York State, which sued, claiming the dredging had not sufficiently cleaned up the river. New York lost the suit in 2021.

The report calculates that additional dredging would cost GE an additional $10.7 billion.

The Scenic Hudson report uses publicly available studies and does not encompass all of the ways pollution has damaged the river and its surroundings, according to Carlock, who called the report “not entirely comprehensive.” For example, the report was unable to account for damage to commercial fisheries on the Hudson, which were closed in 1976 and remain closed to this day.

“GE’s dredging of the upper Hudson River has been hailed by the U.S. Environmental Protection Agency as a ‘historic achievement,’ and the EPA, backed by federal courts, has found no further dredging was necessary,” a General Electric spokesman said. .

“This report by a private advocacy group is inconsistent with the wealth of scientific literature showing that wildlife populations in the Hudson River are healthy and thriving. The government’s assessment of natural resources is not yet complete. We are proud of our contributions and will continue to work closely with local, state and federal agencies,” according to the spokesperson.

The report’s authors say it’s an attempt to calculate damages while state and federal administrators negotiate the NRDA with GE.

“We are calling on the NRD trustees to negotiate a settlement with GE that will allow the river to be restored,” Carlock said. “The company should step in to offset its decades of pollution and lay the foundation for clean drinking water supplies, healthy habitats, safe public river access for all, and revitalized ecotourism.”

Polychlorinated biphenyl, or PCB, was a man-made compound used as an electronic insulator as well as other applications due to its resistance to heat. Concerns about PCB toxicity led to a ban in 1979. GE dumped approximately 1.3 million pounds of PCBs into the Hudson from 1947 to 1977.