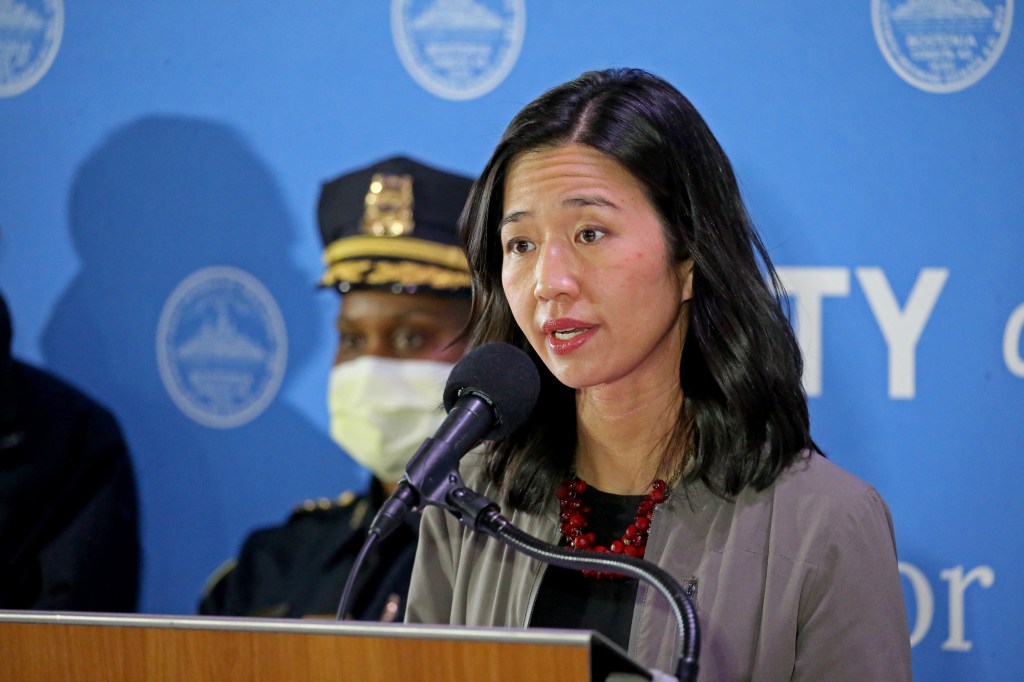 Municipal unions emboldened by a court ruling are mounting the pressure on Boston Mayor Michelle Wu and her COVID-19 mandates, and now a literal storm is heading her way — crises that could make or break her administration just months later. the start of his term.

The rookie mayor had to dodge the bells and megaphones blaring in her Roslindale home and now she has bigger problems ahead, including a court ruling blocking her mandates and a historic bomb hurricane blizzard that will set her mind at rest. test the response of his young administration to clean up the streets.

And she quickly learns that there are unintended consequences to her strict tenure policy — like badly needed teachers of color being fired for refusing to comply with vaccine rules.

Unfortunately for the Harvard-educated Wu, there are no Ivy League seminars or classes to learn how to combat these anxiety-provoking issues.

The police, fire and teachers’ unions – ready to pounce on any weakness – are feeling the blood in the water after Wu extended the vaccination deadline until Monday, then an appeals court judge ruled temporarily frozen his mandate. They’ve already passed and dispatched Wu.

Even the association of state restaurateurs is questioning its authority to impose a vaccination passport for covered establishments.

“Boston’s vaccination mandate was not mandated or authorized by the legislature or the Boston City Council. What authority does the city rely on for this action? said the MRA.

If she gives in early in her administration, it will be easier for unions and other groups to challenge her.

Now Wu will have to decide whether to back down or fight, and it seems as of now that she has no intention of trying to forge a compromise.

After the court ruling, an irate Wu blamed “conspiracies and anti-vax ideology” for union resistance to her mandates.

It’s all about money and leverage, with the unions seeking to force Wu to give them concessions in their collective agreements in return for enforcing the mandates. Wu will probably have to pay them to save face.

Governor Charlie Baker doesn’t help by asking Wu to sit down during his State of the Commonwealth address as he runs hugging everyone in sight, blatantly violating COVID social distancing rules .

But the other side does not give in. After the appeals court ruling earlier this week, a victorious police union held a victory lap press conference and released a statement saying Wu was ‘ignoring written agreements and refusing to meet with unions. in good faith” and attributed the judge’s decision to “another indication that we are doing the right thing”.

Now Wu has to face the blizzard. Snow removal has traditionally been a key metric of how a mayor is rated by voters, so she better be prepared with plenty of snow plows — and not just sidewalks.

If she botches this Snowmageddon, it will take her years to live through it.